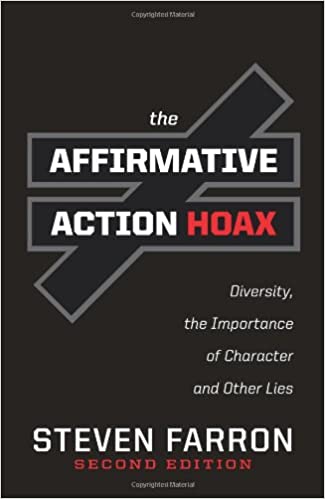 I was going to purchase Affirmative Action Around the World until I read one of its reviewers suggesting this book if you’re more interested in US-only information…which I am.

After reading this very dense book, I decided to summarize The Affirmative Action Hoax on my YouTube channel.

The challenges the whole notion of affirmative action which is based on the belief that inequality of success must indicate discrimination.

In summary, this book argues that intelligence just like much of our makeup is largely genetic. Although the author is against affirmative action, he argues for quotas under the rationale that you could keep the criteria high for different ethnic groups. Jews and Asians seem to be genetically gifted as it related to IQ, followed by whites then Hispanics and blacks. Additionally, the author relates standardized tests (ie SAT) to performance both in college, graduate school, and in the professional world.

My crituqes are that there’s a lot of anecdotal reasoning, it’s from 2005 with examples as far back as the 70s, and it’s not a pleasant read due to the amount of factual evidence.

There will be many critics of this book, and they’re right. There’s many illogical arguments. However, to assume that your opposing views are the gold standard is equally illogical. You can find right and logical arguments both for and against any issue.

The book makes clear that less-qualified students benefiting from affirmative action get accepted into colleges at the expense of better-qualified white students.