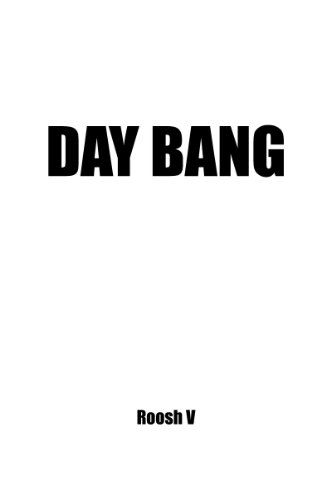 A quick read, you will understand Roosh’s method for picking up girls in real life and during the daytime with his ‘elderly’ openers which consist of very basic questions and impersonal rambling until you drop your ‘big bait’ in order to get her to ask you a personal question at which point you know she’s interested.

A piece of ‘big bait’ is simply an interesting anecdote from your life. For instance, if you are in a bookstore and start a conversation with a nearby girl about the book in her hand, after rambling on generally about books and bookstores, you will say something like ‘when I was in South America, there were very few bookstores and the only ones you could really find were mom and pop stores with used books from decades ago.’

This idea is the key in my opinion as it lets you gauge her interest quite clearly and indirectly. If you say ‘no matter how much caffeine I drink I just can’t get past the climax on this story I’m writing” and she does not ask a single question related to that piece of “bait” then quite clearly, she is not interested AT THIS MOMENT. It doesn’t mean you stop the conversation. You can continue if you wish, but with every miss bait, you understand with more clarity how uninterested she is and you can exit gracefully. On the other hand, it makes it easy for her to ask ‘what are you writing about?’ which means she’s at least semi-interested.

You end with GALNUC, a series of questions at the end of the conversation, which is how you get the number:

U — So where do you usually hang out?

C — Well you seem cool do you want to grab a drink sometime and chat some more?