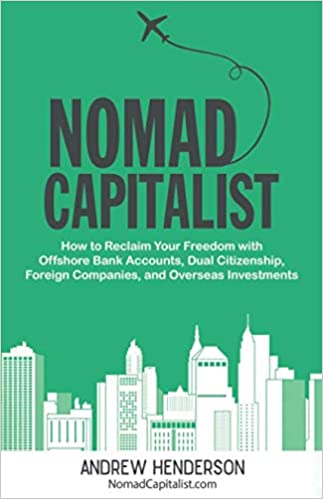 A 3-star book. While it was well written and interesting to read with new concepts, I’ve never made so few highlights in a non-fiction book.

That is to say, it was a lot of fluff. In terms of actionable advice, this book is extraordinarily light. High-level concepts, but no specifics.

At the same time, I do recommend this book to savvy investors. After you read my article on how to get started investing, buy this book.

The book is really a cleverly distinguished marketing tool, peppering in client success stories while steering you away from his competition by saying things like “at best, the guy who charges the least is offering a very formulaic process.”

I could have done without the incessant hints to his luxury life. Readers of his book know for certain that Andrew is rich, that Andrew likes to stay in 5-star luxury hotels, that Andrew owned a Mercedes, and that Andrew has assistants working for him.

Henderson is biased, but at least he makes it clear. He did not cover any of the downsides of living abroad like poor air quality (to name just one) in many cities, including many of his recommended cities. He makes it seem as if there is only upside.

Henderson is also overly biased against the US and for other countries, the bias is strongly positive, for example, he says that bank failures have ‘never happened and probably never will’ in Singapore. That’s an opinion and a naive one. The only constant change.

The most powerful part of the book explains how $5 million actually turns into $48,000 after 30 years with a 30% tax rate. We all know the story of how one penny doubled for 30 days in a row gets you more than $5 million dollars. But if you pay 30% tax on those short-term gains, that $5 million shrinks to $48 thousand, less than 1% of the original amount.