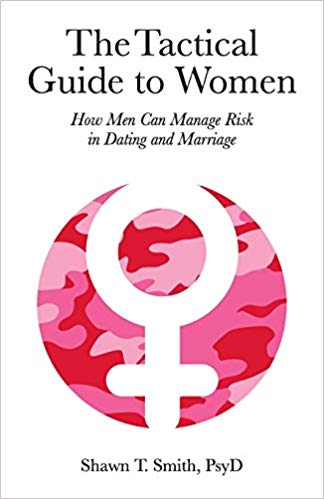 The Tactical Guide to Women

In theory, this book is a great idea, but I discovered the reality upon reading it. You can “risk managing” all you want, but the reality is that people change. There’s no way to predict what will happen in your future which will affect who you become and who she becomes.

While it’s good to “vet” your partner and there are some obvious signs that mean she is not a good long-term match (does she internalize her problems? does she speak negatively about all prior relationships? does her entire family hate her?), they’re also rather obvious and people who don’t recognize these red flags in the first place, probably won’t read this book or this book, like their friend’s advice, probably won’t change their mind.

I wish there was a short pareto principle cheat-sheet at the end: give me the most important 20%.

Some interesting facts I learned:

Favorite quote: “A master is always improving, and master rarely find themselves up shit creek without a paddle.”