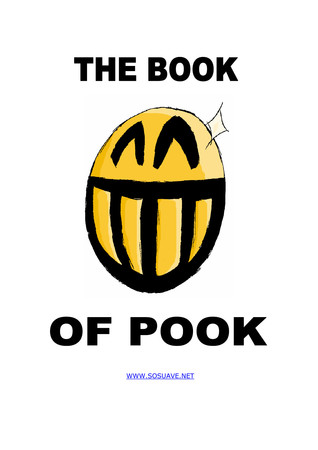 The Book of Pook

As it relates to approach anxiety:

“Go for the number, go for the date. (Guys should not flirt. Women flirt. The job of the guy is to ask for the number and to call for the date. This cuts through all women’s games.)” – I’ve never thought of it this way, but it makes sense, especially the last sentence.

“Women do not see guys. They see worlds. They see themselves exiting this realm of Nature and entering the guy’s world.” – When you hear looks don’t matter as much for guys, this is what they mean. Women are more attracted to successful, dominant, charming men. A bonus is his looks.

“More women than men commit adultery. 80% of relationships are broken up by women.” – Common knowledge says that men cheat more than women. This isn’t so. Women cheat much more than men, they’re just better at hiding and justifying it. A guy will usually either get caught or confess due to guilt. Don’t believe me? To cheat, a man has to be active. He has to actively go out of his way to meet a woman who may or may not say yes. Women are less likely to hook up with a man who has a girlfriend. However, for a woman to cheat she has to be passive. She gets hit on and has to constantly reject until one day she accepts. Men don’t care that she has a boyfriend or husband.

“The bitterness of a poor quality woman is remembered far longer than the sweetness of how easy it was to get her.”