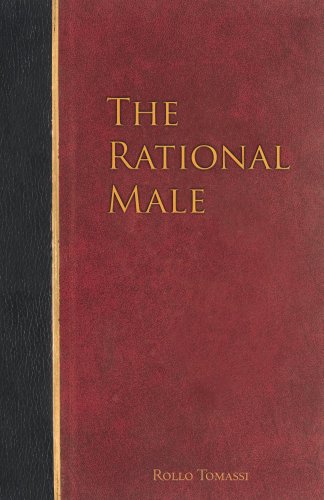 I know I’m not the smartest guy, but I found this book hard to follow. It’s poorly written and poorly organized. However, this is a tremendously interesting read, but not for why you may think.

I’ve had a unique experience while reading this in that I’ve signed up for some male forums and met some of the guys in real life. It’s interesting to compare their online personalities with who they are in real life.

Rollo became famous for his posts in male-centric forums. But Rollo is a beta. I keep getting this feeling that Rollo is a beta who writes well and started early enough to get a following.

Here’s a controversial quote from the book and part of his Iron Rule VI, “Women are utterly incapable of loving a man in the way that a man expects to be loved.”

At one point he talks about how women lose their sex drive when in relationships. That they start to use sex as a reward. That’s only true if you’re a beta male or bad at sex. In nearly all the relationships I’ve been in, the woman’s sex drive is higher than mine. She never denies me sex when I want it. And I’m no super-top-dog-alpha male.

But the author doubles down by saying “one of the single most annoying tropes I read/hear from men (more so than even women it seems) is that women are just as/more sexual than men.”

Women are more sexual than men. Period. This is a basic truth of my life. Women are basically balls of sexual energy. The only living things that rival women’s potential for sexuality is probably the most flamboyant gay men.

He talks about not getting sex for a week in an LTR being the end of the world. I think he’s misremembering his past. Do you know how many sexless weeks I’ve had in my life?

Now, this is probably a great read for most guys who are clueless about dating and women.

Here are some noteworthy quotes:

And, to end, he says statistically, men have far greater difficulty in coping with psychological trauma (think PTSD) than women.