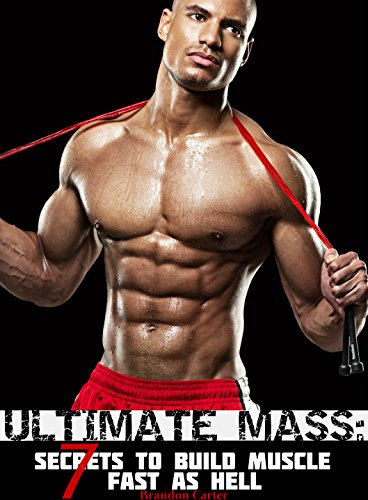 Ok. It’s a quick, easy read. But, the guy has genetics on his side as evidence in his methods. Let me explain.

At the beginning, he recommends not using steroids (great), but he says his recommendations are based on Arnold and others (guys who used steroids). That, doesn’t make sense.

Even though he doesn’t seem to think he is bro science, he is. He recommends 1-2min for rest to gain size. To gain size, you need to increase the amount of weight you lift. To do that, you need to work in the 4-6 rep range and rest 3-5 minutes between sets.

He seems to be not too interested in counting calories (fine, but something that is essential amongst natural bodybuilders), but then gets fanatical about timing in between sets. The number of calories you eat is far more important than your rest time which can be measured less precisely (and, note, that I do indeed time my rest periods).

How many times can one say ‘research shows’ and ‘it’s been shown’ without siting the research…Oh, but he did site The 4-Hour Body many times which I read and it total bs and bro science based on Tim’s own experimentation.

And an entire cheat day? He explains it as if you can and should 100% let loose on this day. He has a video, but doesn’t really show him eating this stuff. If you are going to the gym not only to look good on the outside, but the inside, too, then I suggest you don’t eat a weeks worth of sugar and fat in one day.

And don’t get me started on the useless supersets chapter or the fact that he recommends a fat burner..