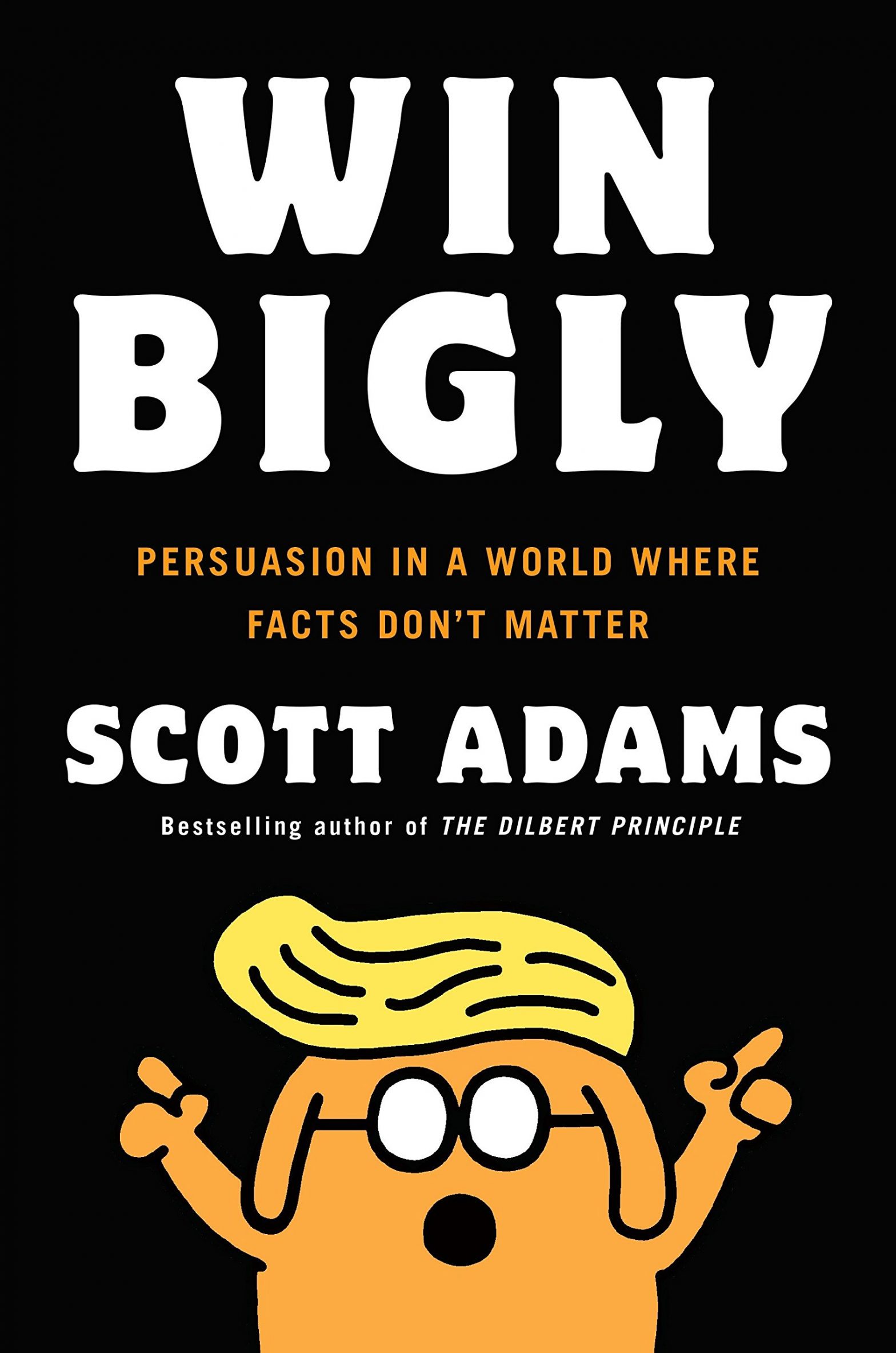 Probably the quickest I’d ever read a book, in about 4.5 days.

This is a story of Scott Adams life surrounding his early prediction of the 2016 presidential race. Contrary to the subtitle, it’s only about 10% persuasion.

Main point of book: The common view of reality is that we’re 90% rational and only 10% irrational, but true reality says we’re 90% irrational.

Funnest quote: “I believed everything the church told me because I didn’t see any reason they would put so much energy into a centuries-long, elaborate lie.”

Here’s my big gripe with his overly confident pick of Trump: why didn’t he bet? If you were that confident about something, you’d probably put some money behind it. I don’t think he was that confident and would’ve backpedaled if Hillary won. He even endorsed her at one point.

That aside, it’s a well-written book. However, I think Adams gives himself too much credit. A lot of the book is explaining situations leading up to the election to align with his correct prediction of the Trump victory. It’s kind of like when a wine “expert” tells you about the nutty aroma. Sure…now that you say it, I also think it has a hint o’ nut.

Scott Adams is framing persuasion as something only a few people know how to do and if you’re not one, then you just won’t get it…but let me try to explain it to you.

He mentioned numerous times that he is a trained hypnotist. He attended a ten-week informal course in his early 20s in San Francisco. Hardly counts as much as he makes it seem. On top of that, he gives no resources to learn hypnotism as if it’s some secret society. Instead, he recommends a book on hypnosis that he has not even read….what? He warns you to not think you’ll be a capable hypnotist after reading the book. Scott, you took an informal seminar. It’s probably similar to reading one book.

While it was correct that he predicted Trump early on, everyone is right occasionally. I remember picking the correct Bachelor final pick from the first episode, does that make me a great predictor? The only way to know is if Scott Adams continually makes correct picks, but he frames his predictions oftentimes as not such to give him some wiggle room. If the prediction doesn’t come true, well, he can claim it wasn’t a prediction. But if it does, well, he mentioned it. Instead of a persuasion genius, I’d explain Scott Adams as having a unique view of the world and being able to see a few more potential outcomes than the average person.

Other points of the book:

If you’re looking for a book on persuasion, I recommend Robert Cialdini’s Influence which is referenced by the author and in my all-time best book category.