“Thinking is the hardest work there is, which is the probable reason why so few people engage in it.” – Henry Ford

'Thinking is the hardest work there is, which is the probable reason why so few people engage in it.'-Henry Ford Click To Tweet

Introduction: How To Think

I have a trick.

Ask yourself the following question to know whether or not this article will be worth your most valuable asset: time.

Ask yourself when the last time was that you used the bathroom (the sitting on the toilet type of use) and did not bring your phone to occupy your attention? 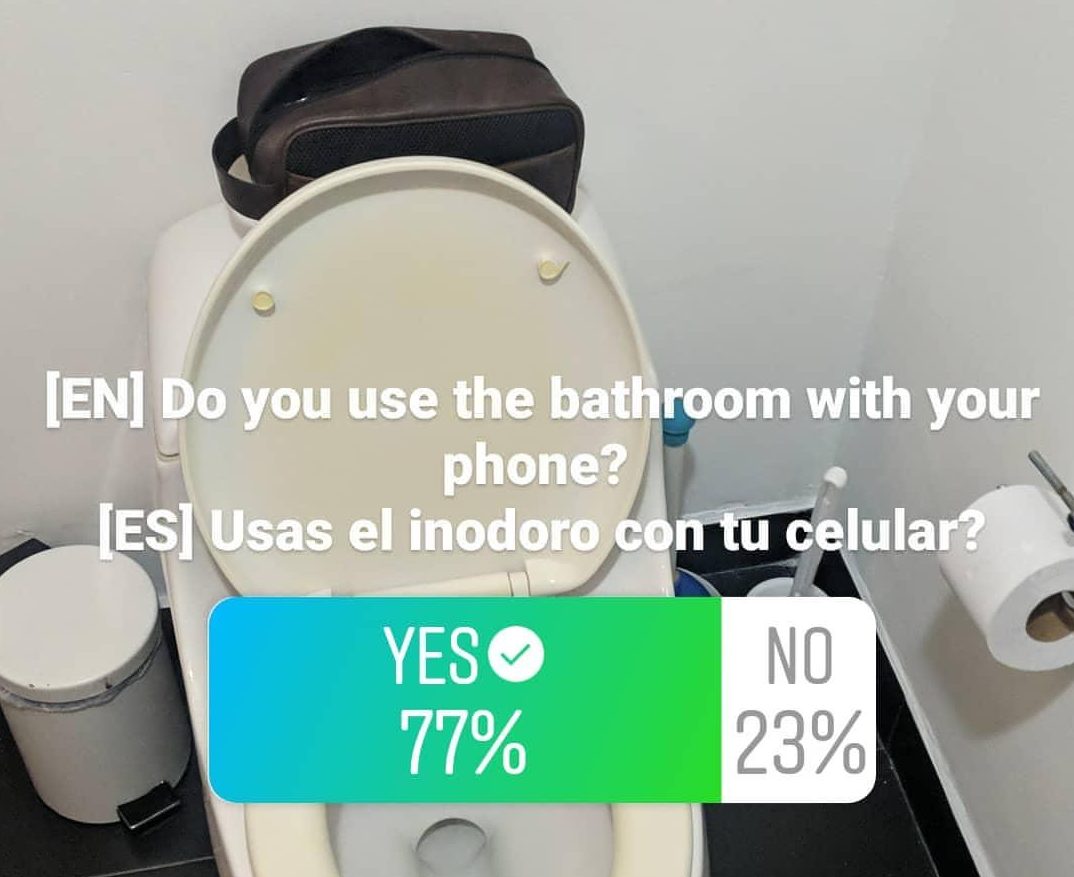 If it’s infrequent, then read on…

When is the last time you consciously thought about something when you didn’t have to?

I’m not talking about deciding on what to eat for dinner or watch on Netflix last night.

I’m talking about deep thought related to self-improvement or mindfulness.

I’m talking about this type of thinking from the book Rich Dad Poor Dad (when the author was growing up there was no such thing as a smartphone):

“The contrast in [my two parent’s] points of view, particularly about money, was so extreme that I grew curious and intrigued. I began to start thinking of long periods of time about what each was saying. Much of my private time was spent reflecting, asking myself questions such as, “Why does he says that?” and then asking the same question of the other dad’s statement.”

When’s the last time you thought deeply about what someone said to you in order to grow your mind?

I don’t think anymore. I don’t have to.

In fact, in the BBC article titled “Digital dependence ‘eroding human memory‘”, more than half the respondents searched online first without trying to come up with the answers themselves. That was from 2015. I bet it’s much higher today.

If I find myself confused about a situation requiring thought to figure out, I quickly distract myself with at least one of the following:

Or, a myriad of other apps requesting access to my hypothalamus to satisfy my insatiable dopamine addiction. Attention.

Side note: Did you know that all these apps actually employ full-time professionals to figure out how best to addict us? What colors will keep our eyeballs longest? What graphics and when to catch our attention just as we’re about to leave? Facebook is the best. I often go on to check something only to find myself 5 minutes later checking something unrelated.

My point is: we’ve stopped thinking.

This is dangerous because critical thinking is an important filter. Without it, we process any incoming content as authoritative.

“Carbs are the Enemy, says Nutritionist”

We take this to be good enough and, thus, starts the no-carb diets. Even my own Dad, a smart dude, fell victim to this for many years!

Or, a more recent headline I saw about the level of air pollution on the deck of cruise ships being as bad as some of the worst offending cities.

I’ve been to some of the worst offending cities (Mumbai, India or Saigon, Vietnam or Dubai) and although I’ve never been on a cruise I assume the air isn’t as bad. Not even close.  I’m skeptical.

This seems odd, right? After all, a cruise ship is in the middle of the ocean and moving..

I want to challenge you to think.

It sounds simple, but it’s harder than it sounds. You’ll find yourself wanting to check your phone. It’s easier. But, don’t.

Thinking is difficult. But, while difficult, I’ve found thinking to be enlightening and refreshing. Now I look forward to the activity of simply thinking about something.

Here is the challenge: The next time a question pops in your head, instead of going to google to search out the answer, I want you to think about it first. Just think for 5 minutes. Sit down and use your brain. What makes sense to you without any outside influence clouding your judgment.

Why To Think: The Science

I’m of the time period when you memorized your best friends or parent’s phone number. Or you used your mind for driving directions (and a little later MapQuest!).

There’s evidence coming out that by not using our brains and “outsourcing” everything, we are actually losing some cognitive abilities. Our short-term memories are disappearing. I know it’s true for me. I write literally everything down.

As always, there’s two sides to the story. Other science would indicate that by freeing up some mental space for menial tasks, there’s more room for more important things. While this sounds nice, I think the vast majority of people are nowhere near their mind’s capacity.

It’s not like when you memorize something new, you wonder what’s leaving.

“Just as there is a physical price to always using the elevator instead of taking the stairs, so is there a price for lazy mental muscles. Use it or lose it.” (Limitless, Loc 694)

How To Think: The Process

Maybe you have been trying to lose weight for 6 months and you haven’t lost more than a few pounds. This is the problem you need to solve. Instead of googling something related to that problem, just think about it.

How can I lose weight?

Why has what I’ve been doing not working?

I want to lose 25 pounds this month.

How do other people lose weight?

I can eat less. I can exercise more. Obviously.

But I’ve tried that.

I think I should drink more water.

Let’s drink more water because I know for sure that’s just plain healthy and easy to do.

Plus I think it will make me feel more full.

Maybe I should get more sleep?

All of my friends are rather overweight.

My friends are fun, though.

My friends sleep about as much as me I know.

Could this sleep thing really be the key for me?

Empty calories. Blah, blah, blah. I know all that.

I don’t think I can go without sugar. I love it.

Maybe there’s like nicotine patches for sugar eaters trying to quit. I’ll look that up later.

Supposedly it burns extra calories because your body needs to stay warm.

Ok. I know what I’ve tried in the past

I know it didn’t last.

I’m not a gym person. I’m not going to the gym.

The past times I’ve tried to lose weight, what did I do…

I was really motivated at the beginning, but it never lasted long.

Is the easier route the better route?

Let’s do just one change and see what happens.

I’ll drink five glasses of water each day. One when I wake up, one during each meal, and one before bed.

At the very least it will keep my mind focused on my healthier lifestyle goals.

And so on and so on…

Really, you will be surprised at where your brain takes you.

The next time you attempt this, within 30 seconds, you will feel the urge to pick up your cell phone sitting next to you and check the notifications. Or even search ‘fastest ways to lose weight’.

It’s like meditation. Gently, bring your mind back to the task at hand.

Welcome this urge because it means you are, in fact, doing exactly what you’re supposed to do. Think.

Your brain, if it’s anything like me, will pretty quickly want to occupy your attention with some brainless activity. Resist. Discipline your brain. Show it who’s boss!

Outro: How To Think

“Many human beings discover their “other selves,” the forces which operate through the power of thought, only after some catastrophe deprives them of the full and free use of their physical bodies. When a man can no longer use his hands and his feet, he usually begins to use his brain; thus he puts himself in the way of discovering the power of his own mind.” (Outwitting the Devil, page 214)

I keep a list on my computer titled ‘Thought Experiments’ which list out things, typically challenges, in my life that I want to think about, but either don’t want to at the time I first think about it or don’t have the time. I notate it for the future.

For example, I was at a Salsa and Samba party at a hotel in Rio de Janeiro last Saturday. I’m 32 years old. The crowd was 40+, often married, and very wealthy. I was finding it difficult to create common ground in conversation that wasn’t generic. I wanted to better connect with these folks. I notated it for later to think about acceptable topics or ways to start conversations with people 10+ years older than me.

I hope I have inspired you to think a little bit more. In fact, take five minutes right now and tell me in the comments what challenges you are going to think about for five minutes next time you’re using the toilet rather than looking at your cellphone. 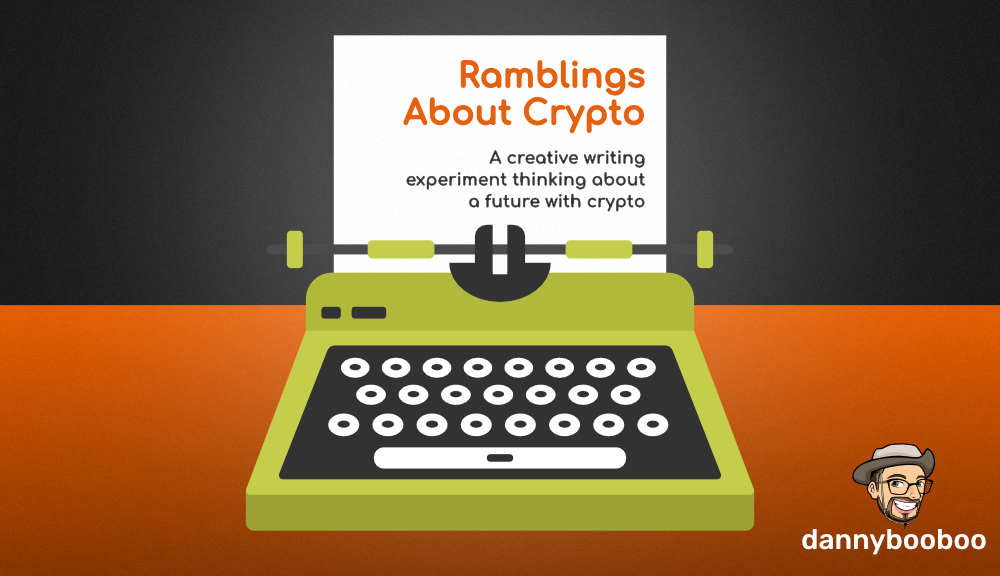 Ramblings About Crypto: Thinking About The Future

A creative thought experiment with the written word on crypto and a future world with crypto as the dominant currency. "Be careful what you wish for."

Men pursue women. It's how our society works, across the globe. I break down men into three categories and explain life for the average-looking man....me. 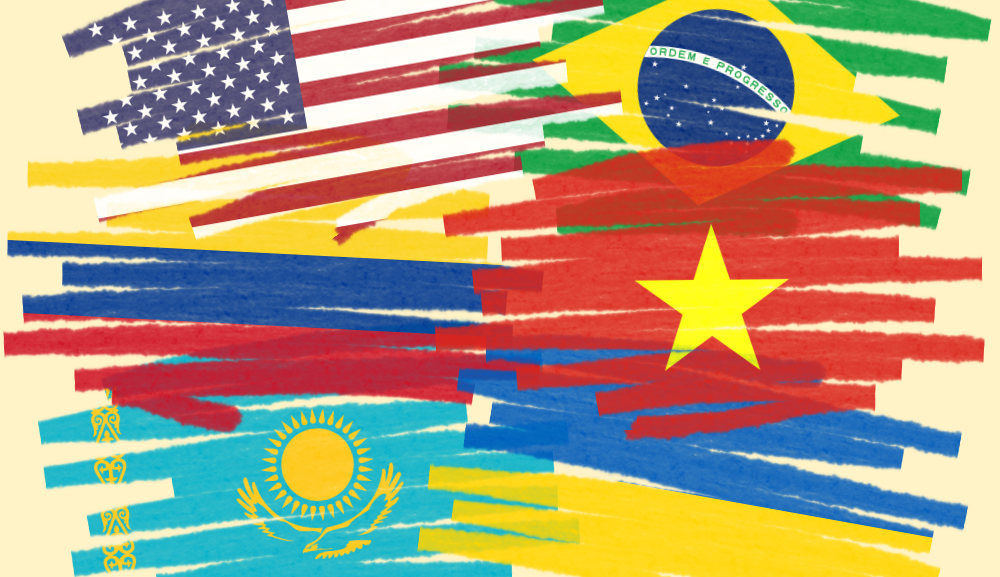 Warning: This list is probably useless, possibly damaging, to you. Inside you'll find 34 countries, ranked by level of coolness, based on WHO I AM.