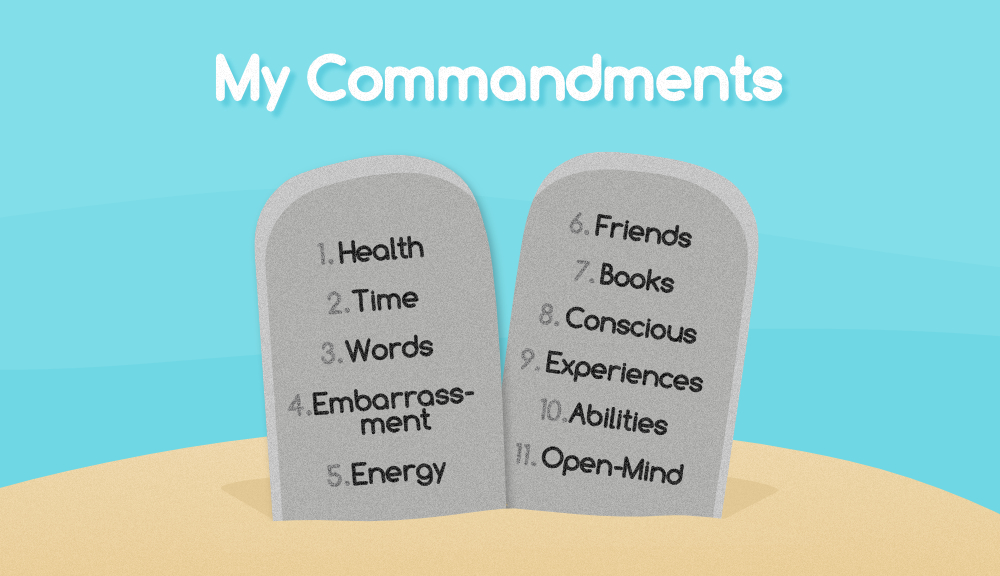 Sophomore year in high school my teacher, Jerome, asked me what were my political stances. I had no idea. Like none. It was part of a greater project and, essentially, I had to decide if I was a liberal or conservative.

If you follow my blog, you know I don’t watch the news. But, interestingly, even at the time I felt it was a nonsense project. Why would I have to force myself to take sides? Honestly, it didn’t make much sense.

While I don’t remember the specifics, I do know that I was heavily against the death penalty and was attending a school in Northern California or liberal territory. So, I probably returned saying I identified with mostly liberals views.

Even though I felt the specific project was nonsense, the act of thinking was the most important part. Giving conscious thought to my life was the important part.

The following 11 personal commandments are my deepest values. This post has been in process for more than one year (or, arguably, my entire life). They’re the things that I truly believe in. They’re not fads, they don’t change (easily). Tell me yours in the comments or share your disagreements.

I believe this is an exercise that everyone should do for laser focus in life. It’s part of a recent and ongoing process in getting to know myself no matter how uncomfortable it might be.

1. Health Is Number One, Above All Else.

For me, health comes first. Before god, before family, before friends, even before work. I believe everything starts with health and an able body. Positive relationships. Business success. Confidence.

In fact, I attribute my physical fitness to getting hired at Airbnb, one of the most competitive companies in Silicon Valley. I knew I wasn’t the best accountant so I played up the fact that while I noticed my coworkers getting tired and complaining about exhaustion after long days, I was full of energy. I assumed this would be music to my future boss’s ears. And, based on how I looked, believable (it was true, after all). What I might lack in skill, I would make up for in work hours.

2. Time Is Your Most Valuable Asset.

Steal from me, I’ll hate you. Waste my time, you’re dead to me.

3. Words Are Our Most Powerful Tool.

Civilizations and wars have been started and ended with words. They’re used for persuasion and apology. They’re our most powerful invention, unimaginably more powerful than any bomb.

I’m not talkative, but I always try to talk to everyone. Always. I learn new things, find new opportunities, form new relationships, all with my words.

Last week in Ubud, Bali I was talking with a girl at the gym when her boyfriend aggressively approached. I used my words on him, too, and just today we all went to the beach together and it seems we’re going to be good friends.

All energy with us today has been with us since the beginning of time. It can neither be destroyed nor created. We are all made of the same energy as was here billions of years ago.

You can devote conscious thought/energy to something and achieve an outcome. This is why the placebo effect is real. If you believe it, it’s true. This is also why affirmations don’t work. Because the majority of people doing them are not confident. They don’t believe the affirmations in the first place. If you truly feel you’re in control, you don’t need to tell yourself how special you are in front of a mirror.

In an experiment where three groups of free-throw shooters were told to either practice every day for a week, do nothing, or practice shooting with their imagination, here’s what happened:

6. You are the sum of your friends.

“…readers are a rare thing. Most people don’t like to read. They’d rather do just about anything else.” (How To Write Funny, Loc 291)

Books are as close to The Matrix’s downloading of skills directly into our brains as we’re going to get. A book represents someone’s expertise simmered down from years or decades to a few hundred-page book. This is my miracle.

However, just by reading doesn’t confer magic power. It’s called applied knowledge (you must DO with your knowledge). I am in love with reading.

8. Planning or consciously thinking is the best thing you can do in life to increase the chance of a successful outcome

I remember meeting a girl in Pereira, Colombia who I felt one of those immediate connections with. I’m not sure if she felt the same, but I had to play it cool. However, I wasn’t sure what to do because she was also playing it cool. So, I thought. I thought a lot about what I should do and shouldn’t do. I consulted my friend who was helpful but told me I was overthinking it. I thought about that and decided that I disagreed. I think it’s better to overthink because that means you’re being conscious about what’s going on.

There have been times in my past where I specifically remember thinking that if I had only thought more, I could have probably navigated that situation better. I can’t think of anything whereby thinking too much I came out worse.

Another current example is my journey in learning to dance salsa. Just taking classes is inefficient because teachers teach you complex moves that you can’t do with anyone besides the teacher. It’s like reading a book without comprehension. For salsa, a better approach is coming up with a conscious plan on how to learn. Learn about salsa, what works for you, what doesn’t, how many lessons until you dance in a salsa club, what will you learn week 1, week 2, week 3, etc. What gets measured, gets managed! If you know where that quote is from tell me in the comments.

In 2017 I became a minimalist. I sold, threw away, or gave away 90% of my things. Now the things I use on a daily basis I have with me in a backpack and carry-on luggage. It’s liberating.

I don’t accept gifts anymore. (It’s been awkward the few times I’ve been gifted or surprise gifted.) I don’t need anything that I don’t already have. If I do, I buy it. Creating a Christmas list is only valuable when you’re young and have no money and have to wait until these holidays to receive physical things you want.

I remember my brother asking me this: “Why do you want to learn to drive a motorcycle?”

It was a great question because it wasn’t the generic one “why do you want a motorcycle?” I thought about it and I didn’t have an answer at the time. There was no reason. I didn’t need to know. Ultimately, I realize that I love being able to do things.

Whether that’s driving a manual car, dancing salsa or speaking Spanish, knowing how to play chess, cook, or count cards. It’s like another tool on my tool belt or another amenity in my kitchen.

Then I realized the ‘why’. It increases the variety of life, my opportunities, my ability to connect, my understanding of the world. It increases the subjects on which I have a direct connection. It fits in with number nine. It’s the same reason why I attended military boot camp or wrote a book or competed in a boxing event. It’s another experience and/or skill.

Most people think they’re open-minded so I must go into detail about my definition.

The difference between me and someone who thinks they’re open-minded is that I know I could be wrong. That prevents me from having a close mind.

Ask a vegan, who undoubtedly will assure you of their open-mindedness, whether there’s a chance that they’re wrong about veganism. For them, it’s not possible. I’m a meat-eater. I could be wrong about eating meat. I recognize the possibility.

I strongly believe the reaction to coronavirus was extreme and overblown, but I recognize that I could be wrong.

Ask the same thing of someone who holds any strong values to find out if they’re truly open-minded. Religion. Politics. Business. Anything.

I remember I went on a date after the 2016 presidential election. We had been on numerous dates and had been getting along well. She was a girl I had my eye on for many years, since college. Finally, I was getting to know her more intimately. We were fooling around on my bed when she asked me who I voted for. She packed up and left. That was the last I heard from her.

It’s unacceptable behavior and I’m glad she showed it to me early. I’m sure she’s glad, too. I won’t go into the details of why this behavior is so backward (politics is so complex it’s hard to have a really strict view on anything. Both sides have really good arguments. On top of that, you’re thought processes are based on what you heard from the skewed media whichever side you happen to be on).

I think of myself as the most open-minded person you’d ever meet. I can’t think of a single thing that would make me want to hate or not be friends with someone. We might not be best friends or even hang out regularly, but I’ll still accept you.

In fact, I remember once walking with my gay, black friend on Market Street in San Francisco when we encountered a small demonstration of black men. They were dressed intimidating, standing with their arms crossed while one of them was speaking with a microphone. He was straight up being racist.

He was inciting violence specifically against white people. There was one black lady in the crowd going crazy. We stood there for about 10 minutes as I was sure something was going to go down. That’s how blatantly racist these guys were. But, it’s ok. They can be racist.

As long as they don’t come up and throw a punch or spit in my face, it’s all good. I don’t know their experiences and why they’re the way they are. I’m sure they have valid reasons.

Or, alternatively, maybe she was raped by a person of certain skin color and now she doesn’t like anyone with that skin color? Is it right? I don’t know.

I’m going to write an article about religion and how I hate it (I use the word hate with two things on Earth) and send it to my uncle who is a Jesuit to see what he thinks. My brain might be miswired, but I think this is ok. I’m tremendously interested in his thoughts. And, who knows, maybe he’ll change my mind. It’s happened before. That’s the freedom that comes along with extreme open-mindedness.

What are your commandments? 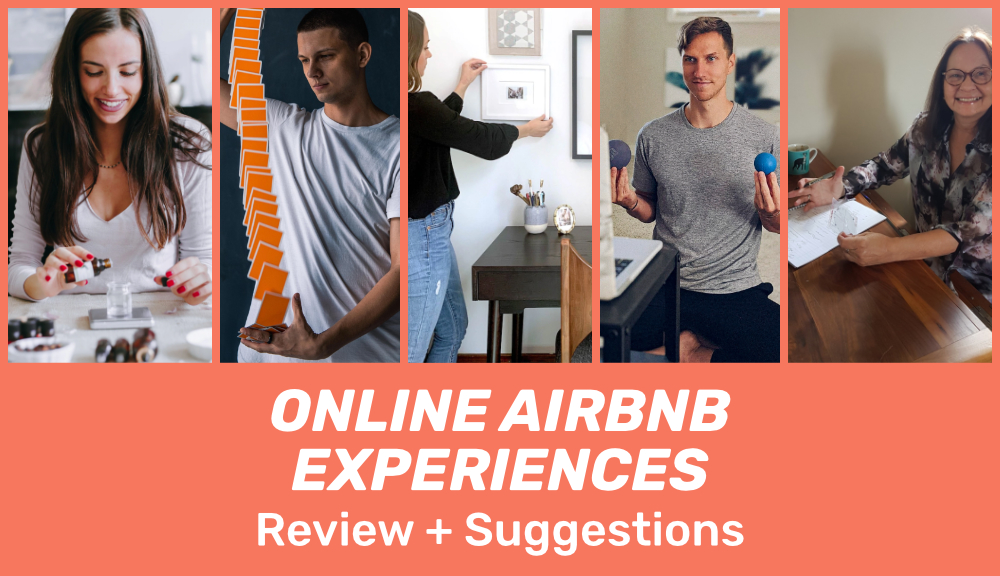 Candidly, some are great, most are average, and some are bad. At one hour and about $10, it's a great way to pass some time. 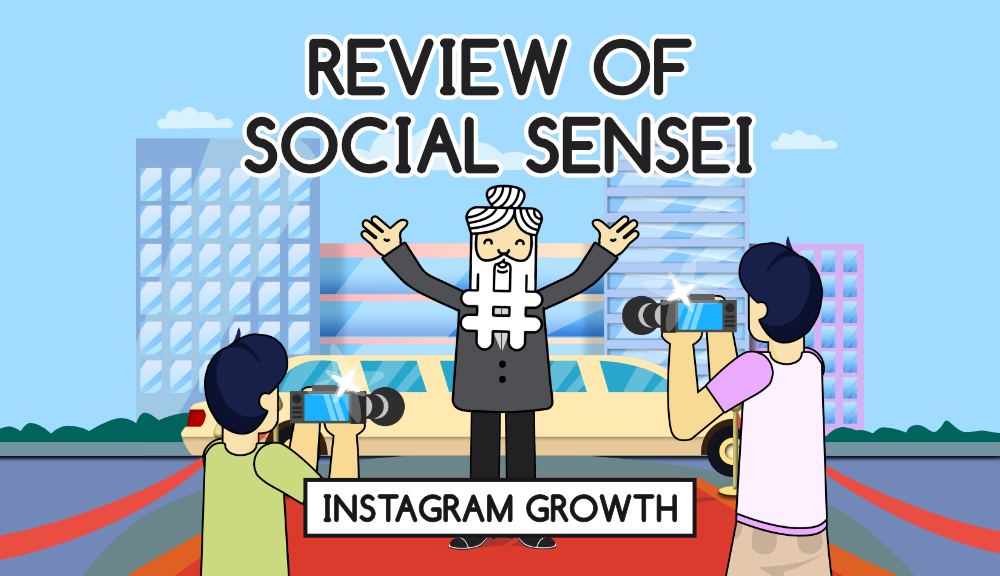 I tried Social Sensei for three months and grew my account by 100% to more than 12k followers. I'll explain the pros and cons of using this service and how to maximize your money. 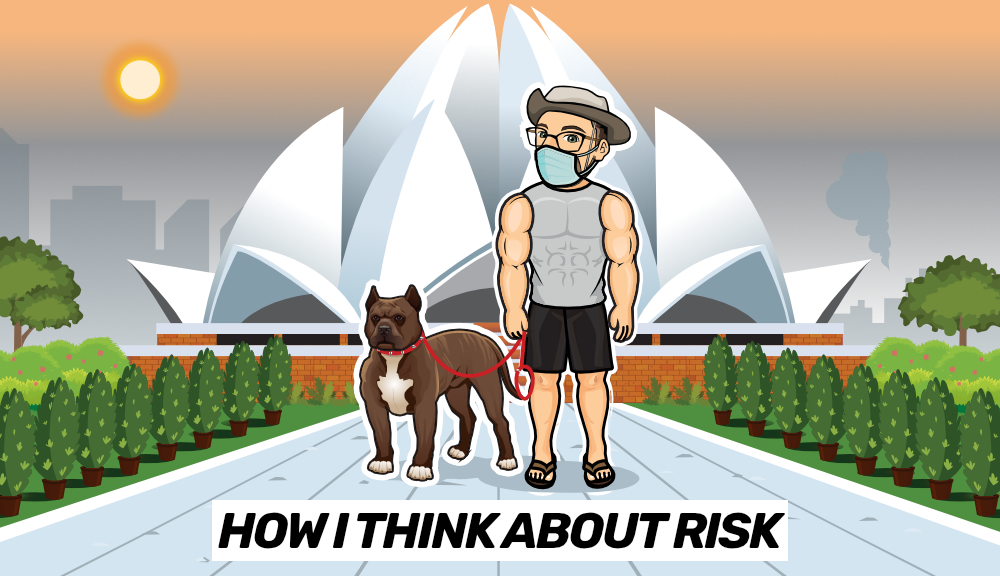 HOW I THINK ABOUT RISK