I’m taking you to a beach town two hours south by speed boat from Ho Chi Minh (Saigon), the largest city of Vietnam. This is a photo tour and review of Vung Tau, Vietnam. I’ve written this because I did not find much information on this city. The information I did find was useless and I wonder if the writer actually traveled to Vung Tau or simply made it all up.

You should know prior to reading this review that I love Vietnam. Vung Tau is awesome and I’m so glad it’s nearby Ho Chi Minh.

You probably want to stay in one of two areas. The Western side is more local. It has a beach and a city feel. Staying anywhere in the yellow box is a central local, walkable to all destinations and my recommendation. The Eastern side is for hotels and tourists with a nicer and longer beach. Basically, the entire coastline is beach with resorts or restaurants in front. A healthy person can walk from Front to Back beach in 35 minutes. 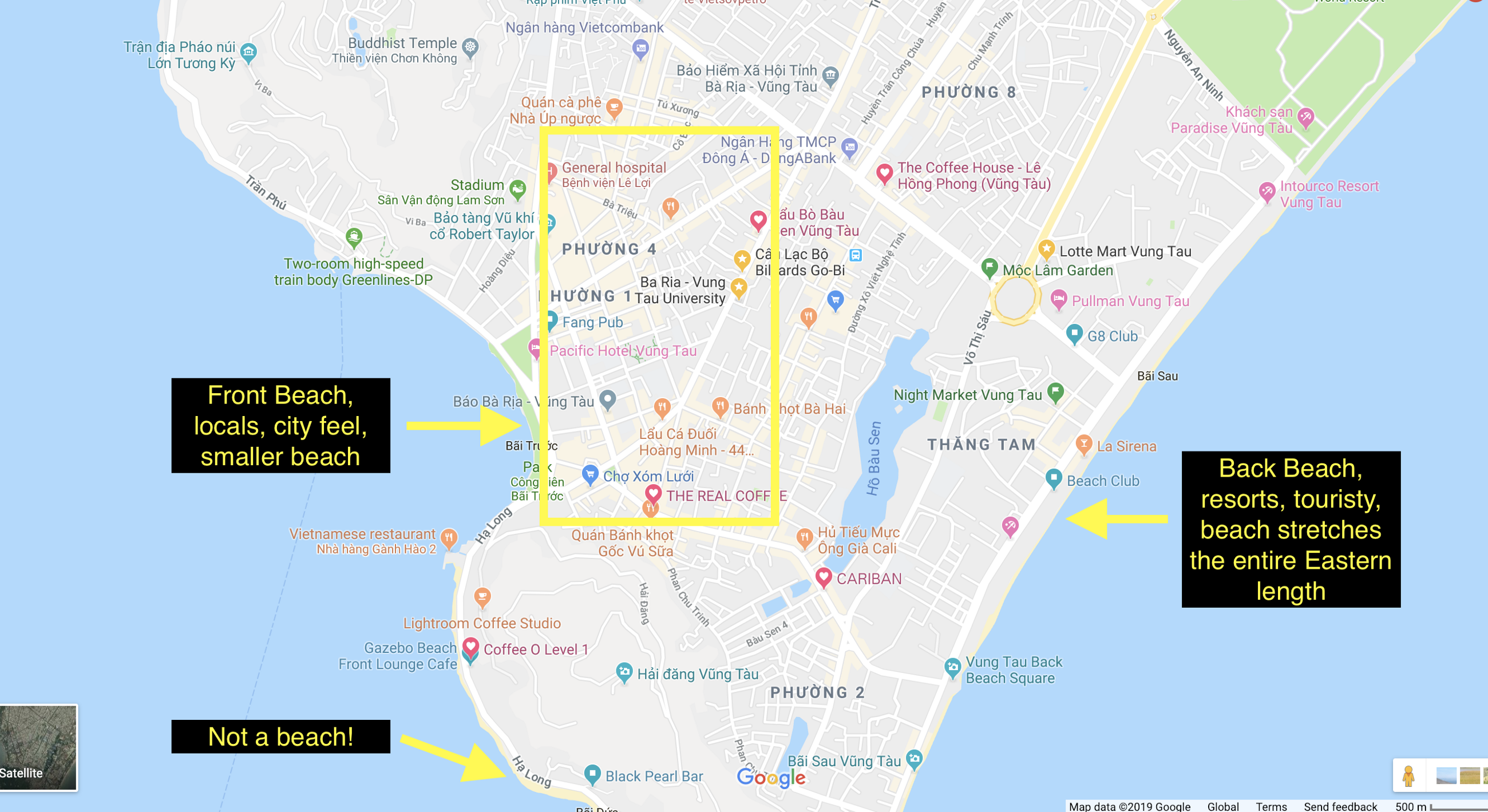 Hi. I’m Danny. I’m a location-independent digital nomad. I’ve traveled to 26 countries on Airbnb. You can read my impressions of each city I spent more than a week in with this article. Follow me on Instagram @DannyBooBoo0.

I arrived at 12:10pm on a Monday. Please note that I came for TET which is Chinese/Lunar New Year. The city was unusually empty during the daytime.

This is Front Beach. As is typical of southeast Asia, plenty of trash.

And a panoramic of Front Beach at the beginning on my walk around the Southern tip.

There is a nice and large park in front of Front beach.

I proceeded to walk around the Southern tip of the Island. I noticed two unusual things right away.

One: A street-sweeper! Never seen this in a SEA country.

Two: public trash cans! I’m wondering if this city is trash free (minus that section on Front beach)… 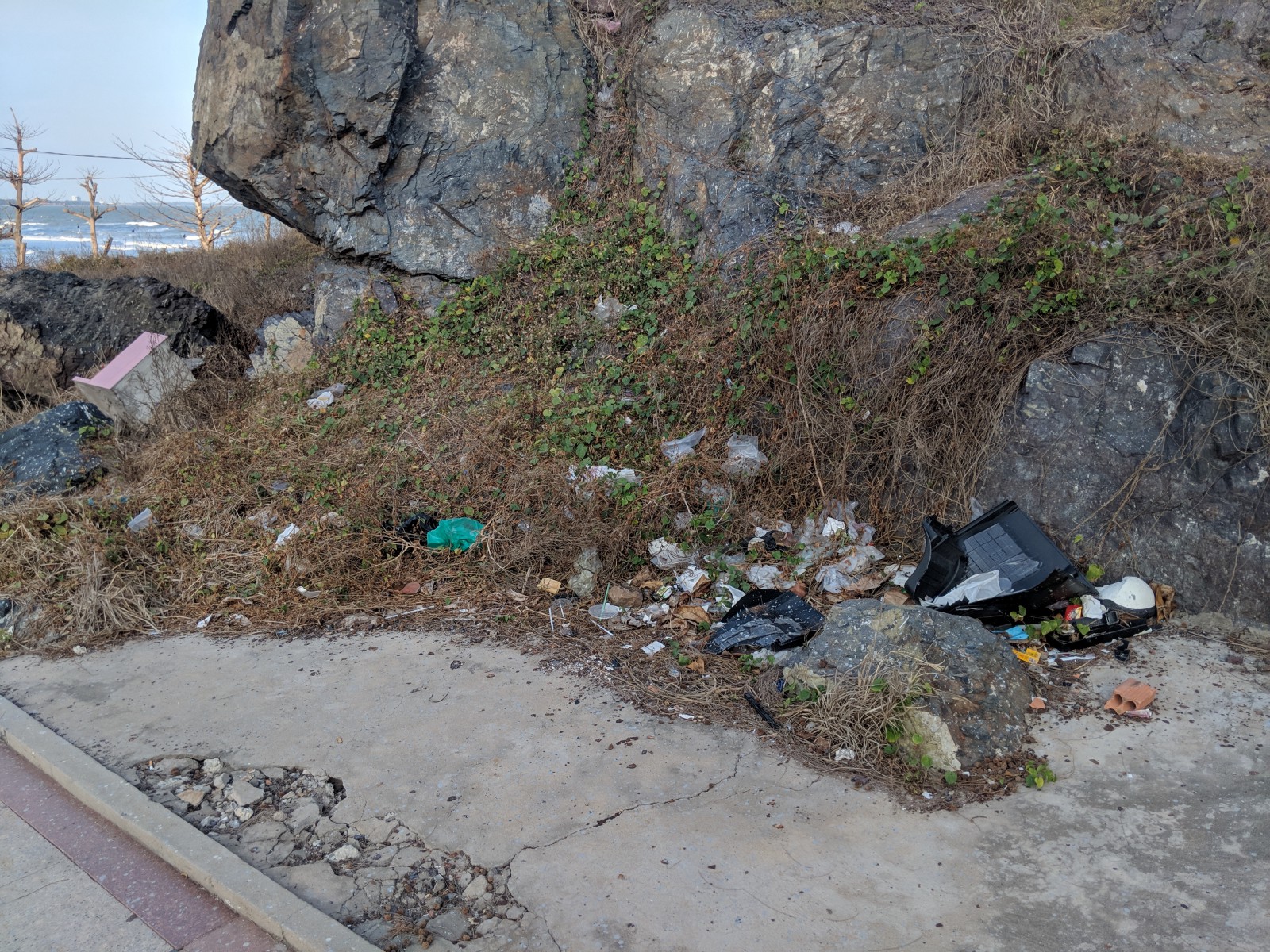 Speaking of which, anyone know why southeast Asia and trash are synonymous? I see locals littering as if they don’t see a problem. That’s a contributing factor. There must be some blame placed on the government. Either way, share your comments as to why. I am curious.

I saw some interesting architecture on my walk straight from The Flinstones. 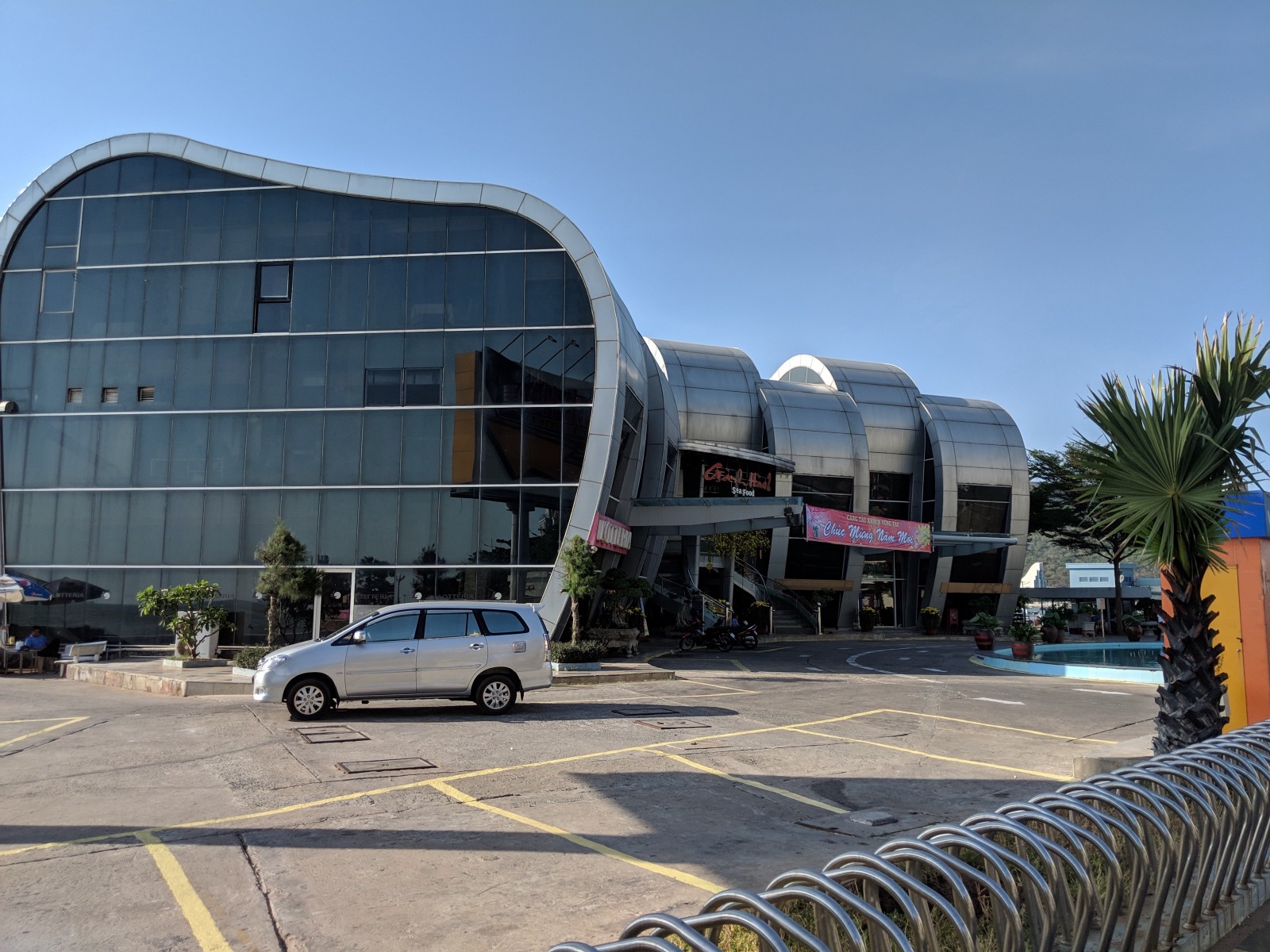 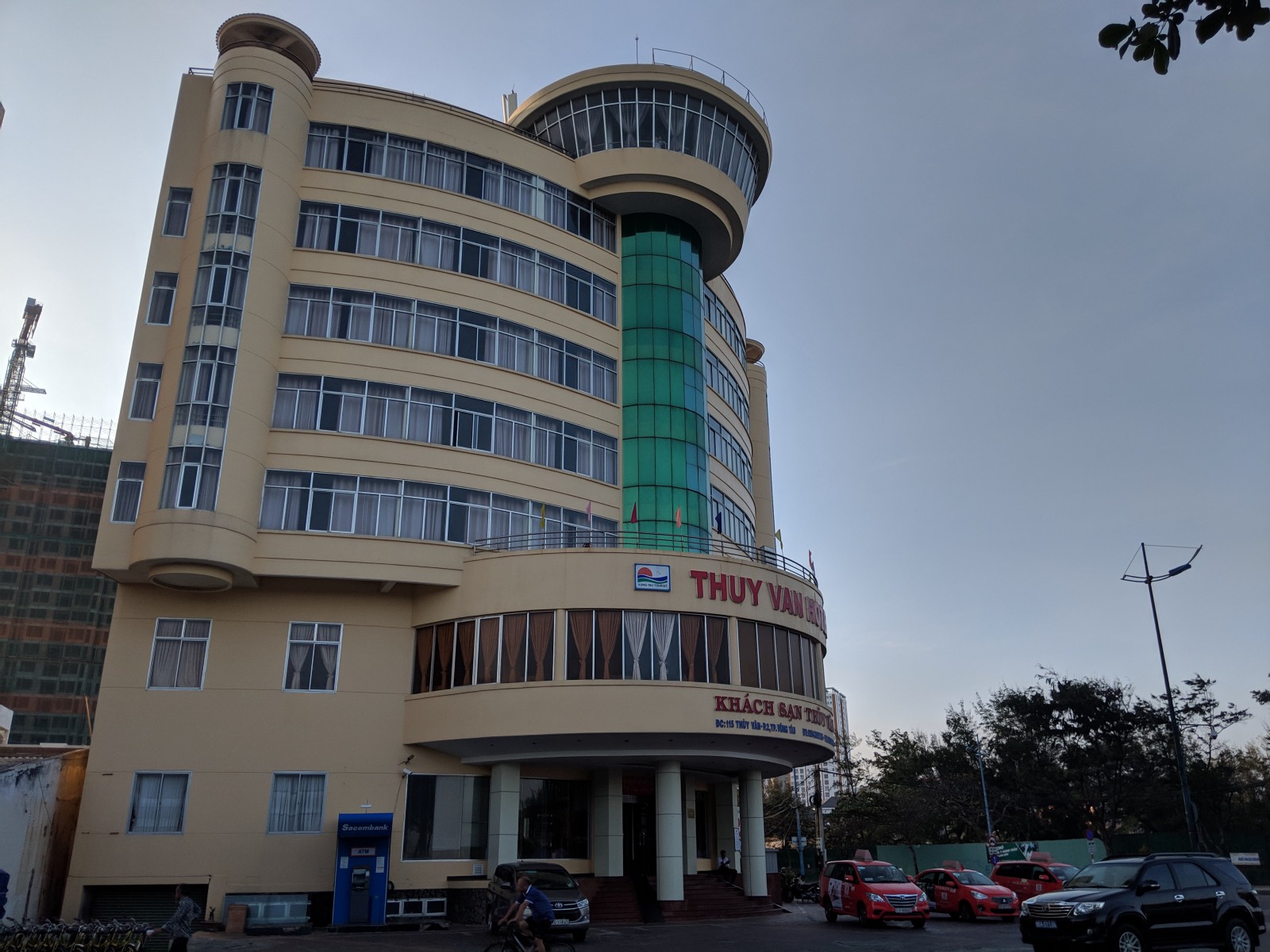 The place had a feel as if it was the shit yesteryear. Everything seems just a bit too old for 2019. After some mild research, turns out this is true. The soldiers used to come here for a break during the Vietnam war which turned it into a popular vacation destination in the 1970/80s.

Google lies. There is no such beach as indicated by Google.

(Reader Edit: I have been told there is actually a beach here during low tide) 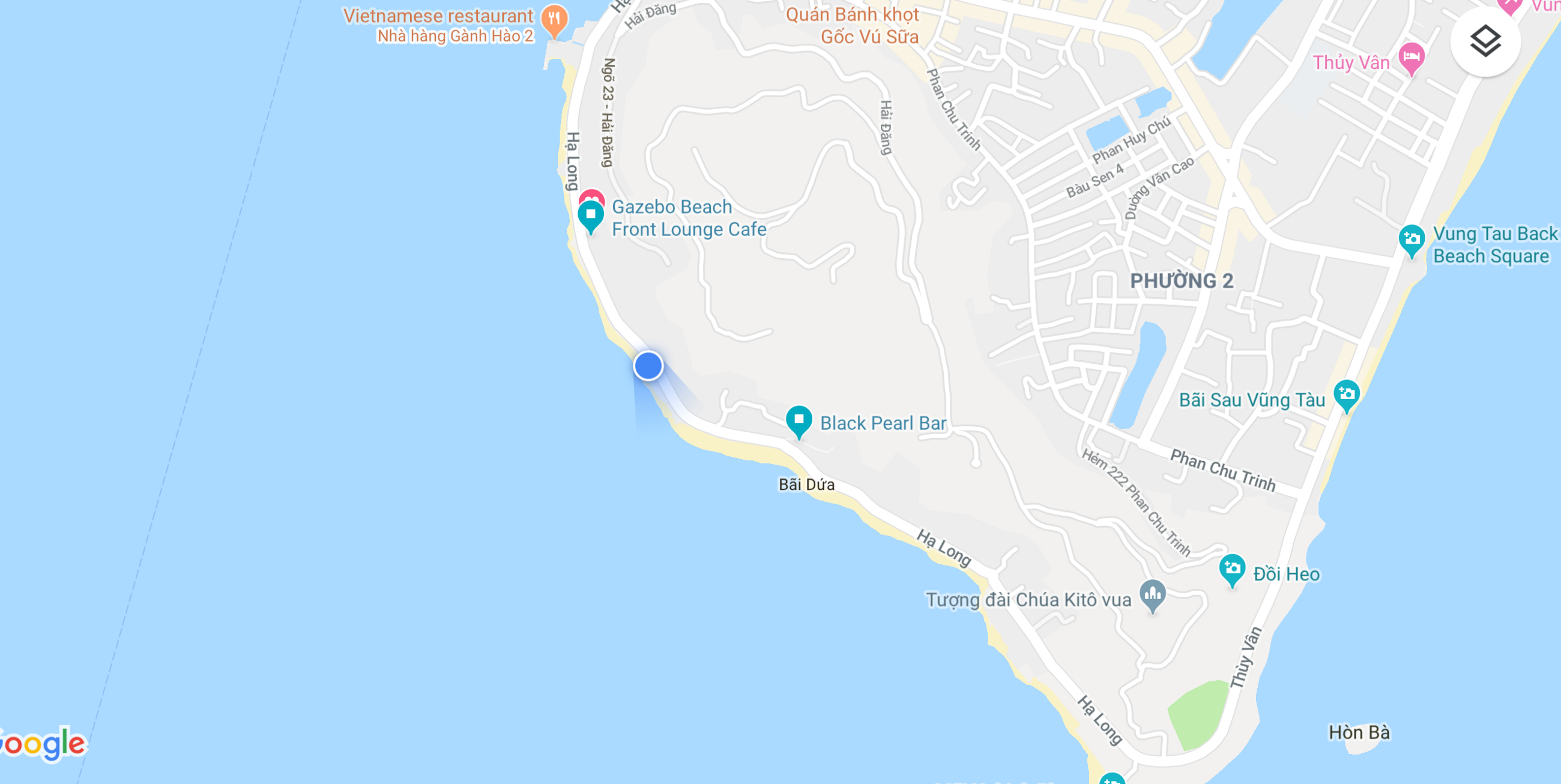 This is the most “beach” I found in this section. 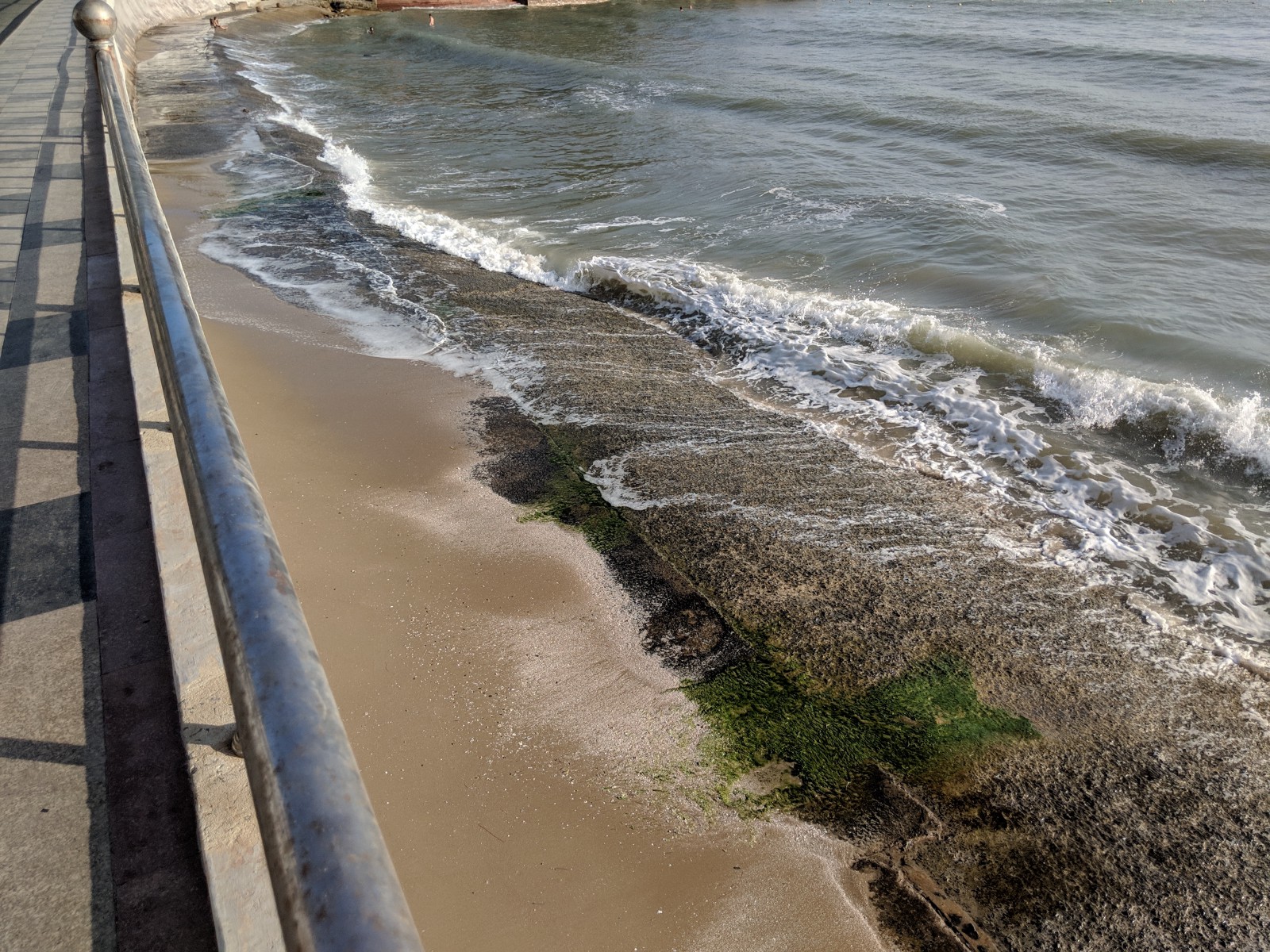 If you can’t tell from the photo, that’s a cement beach!

However, I found a bunch of these shops. I love the idea. Great for people watching. 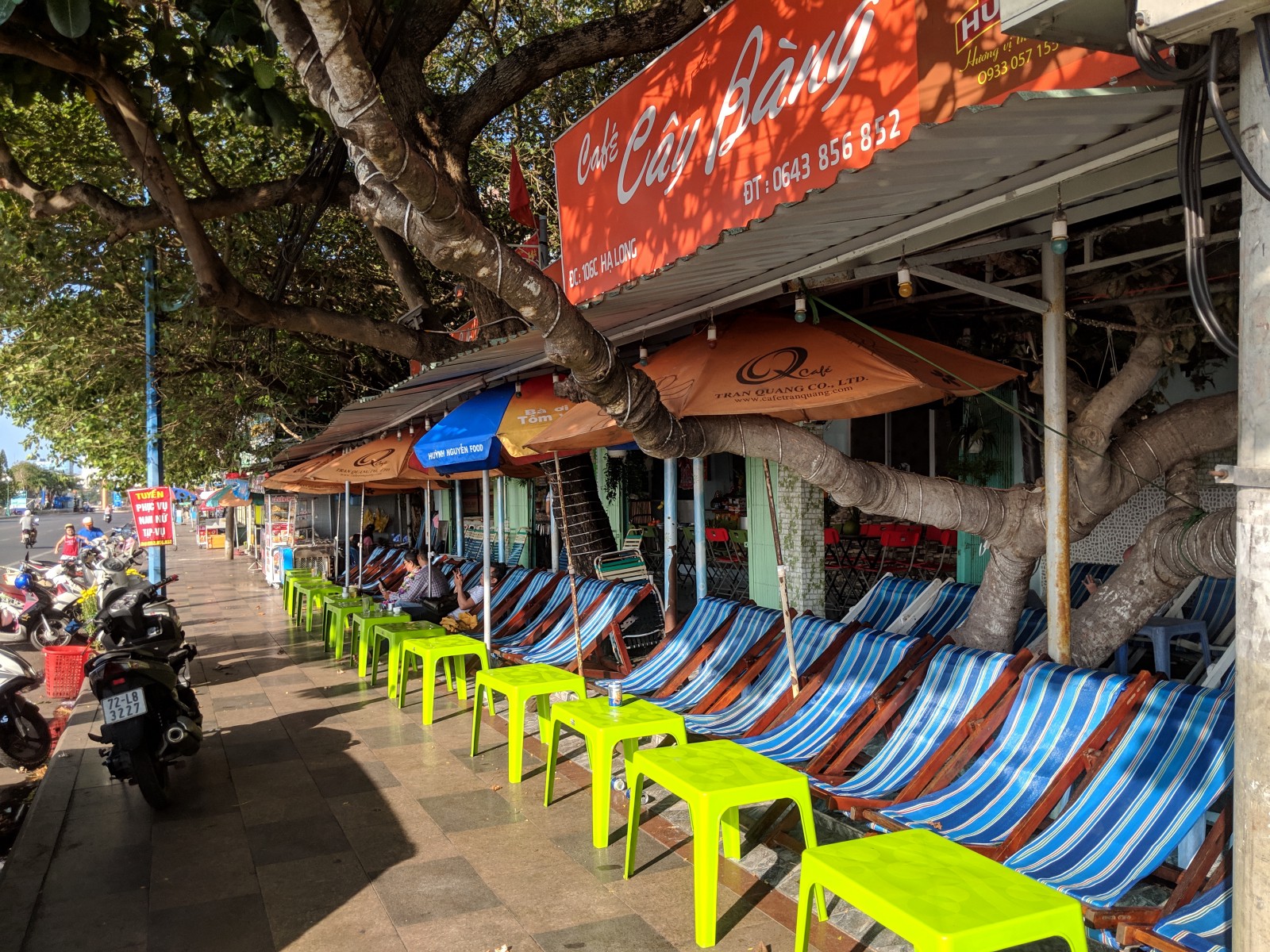 There is a small hill separating Front Beach from Back Beach (photos incoming). At the top of this hill, Vung Tau has its own Jesus Christ statue. Take that, Rio!

They also have their traditional touristy “Vung Tau” signage. This lady got two photos and doesn’t even know it.

I want to remind you that you see no people because the city was deserted. No cars. No people. Except for these people swimming on rocks. I hope they brought their Crocs. I arrived at the other side of the hill to find this.

And, here is Southernmost part of Back beach at dusk.

This is it during the morning, a bit further North. Nice. You can find these seashells everywhere in the sand.

I found many uncompleted buildings that seemed to have halted construction. One. They were not mid-project but abandoned. As if for some reason 20 or 30 years ago the tourism just stopped. That is the feel. As if development stopped in the 80s.

I found this epic cafe. All the shops are lower-end, but I found this cafe that competes with any I’ve been to in the world.

Like, identically like this. Here’s where I ate dinner. You can even see the shop to the right with their identical chairs. The menu was not in English nor did anyone speak English. I like this because it’s authentic. Though, it was surprising because the town is touristy. Kind of. I saw a lot of old white guys with young Vietnamese women.

In the night, the streets came alive.

The night time was for celebrations. It was their equivalent of New Year’s except this seems to be a family day, no partying. After the fireworks, everyone went home.

I was surprised at the level of detail put into the decorations.

There was a fire dancer on stage.

If you want what this guy is selling, you were in luck. One of these very 30 feet (10 meters).

Vung Tau has a Russian following. I asked one and it’s due to the oil/gas industry. I like Russians. They are no bullshit, all business. They don’t smile unless something’s funny.

I decided after walking 30,000 steps today that I needed a foot massage. Unfortunately, all the businesses were closed. But, I found one.

It was 200,000VND or $8.62 for a one-hour foot massage. It was the second worst foot massage I ever paid for but still felt ok due to how bad my feet hurt. I think I’m flat-footed.

Upon exiting, I was told my 10% tip was insufficient. It was “suggested” I pay a 50% tip. After exercising some verbal judo, I obliged. I got into some trouble for the rest of the evening and the next day started with a walk around 9am.

I found this garden next to the street. Random and awesome.

Then I found this awesome cafe. Tuesday was the actual holiday so everything was really closed.

They have this common statue thing in the middle of the roundabout. Quite impressive for a small city.

Here is the view from one side.

And the other side, towards the beach.

I had this saved on my maps before arriving as a bar. It’s called Beach Club. Maybe it turns into a bar at night, but in the day, it was full of Russians with babies. Yogurt Rainbow was blasting music and on the main street next to Back beach, one of the only shops open. I had to go in to investigate the Baskin Robbin prices. 29,000VND ($1.25) per 100g.

Here is the walkway on the Back beach side. It has its charm. Many of the newer establishments are missing from Google Maps. This one looked like one of the newest buildings I saw. Beer Club.

A nice park in front of Back beach.

Overall, I liked Vung Tao. It has its charm. I experienced it at a unique time. I found the people to be even friendlier than the people of Ho Chi Minh. On numerous occasions, a local person excitedly said hello to me. From toddlers to teenage girls to adults. Makes me feel special inside. I will be back.

Comment with your questions about the city and I’ll respond. 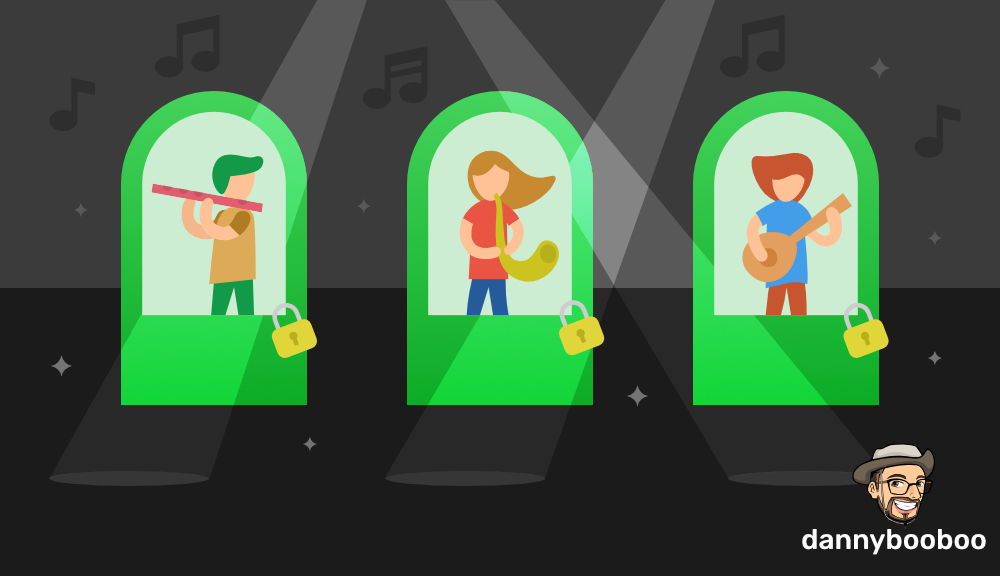 I've traveled the world during the pandemic. I've seen stupidity touch every part of the globe. And I took some photos. This is my photo diary of dumb Covid rules. 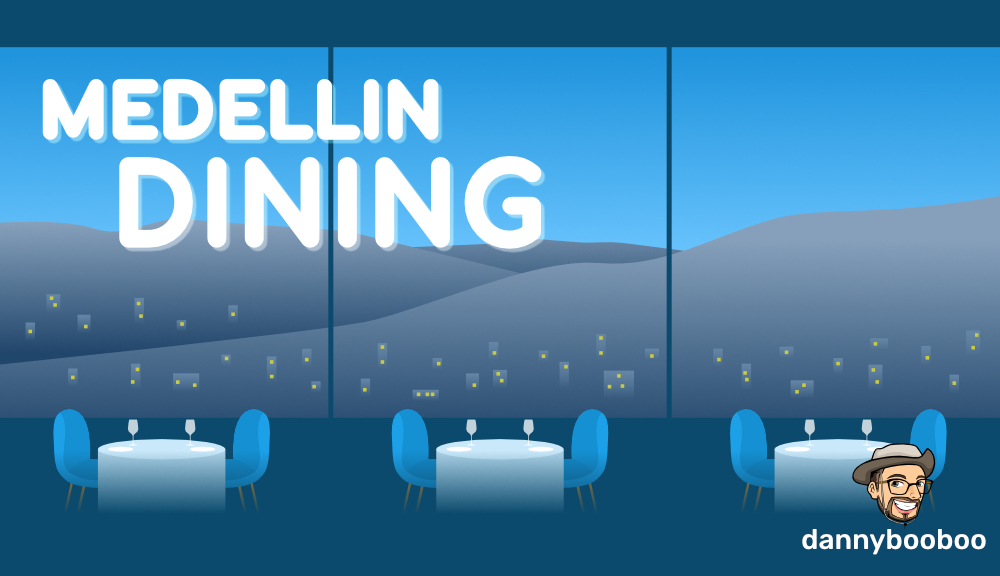 Best Restaurants In Medellin By Category

95% of the best restaurants are in Poblado. This list gives you months of the best dining selections in Medellin. 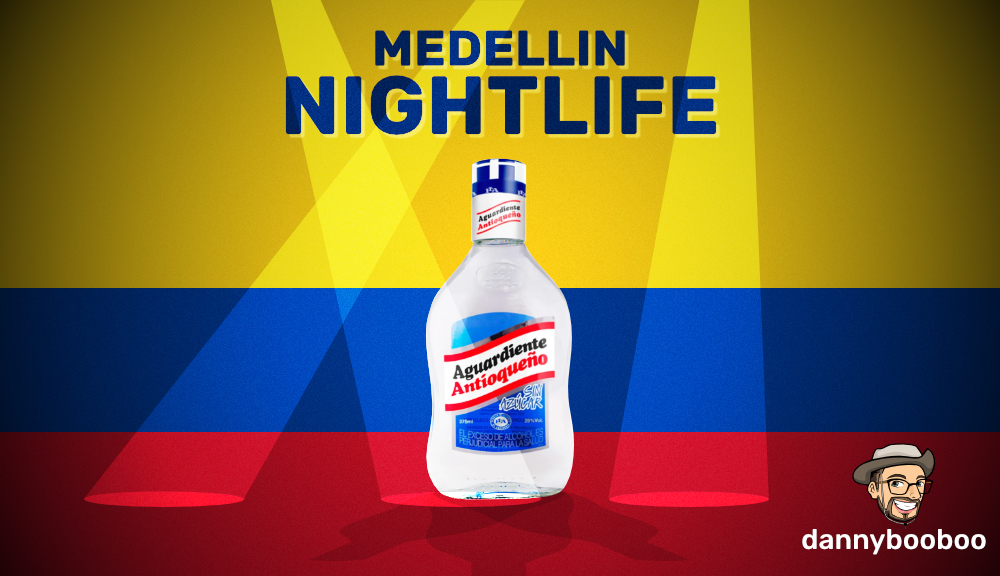 Welcome to Medellin where you can easily get into trouble and avoid it at the same time. Medellin nightlife options are dance classes, rooftop lounges, language exchanges, and more.