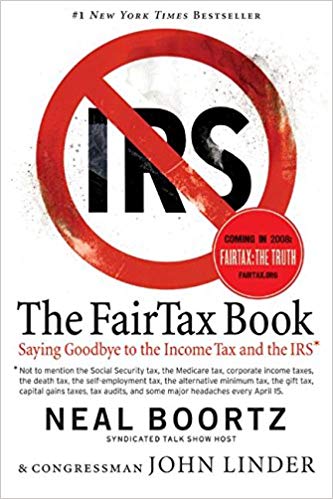 The FairTax Book: Saying Goodbye to the Income Tax and the IRS

Ditch the tax code, the entire tax code. And, replace it with a consumption tax of 18%. This is like a sales tax added to any good purchased. It’s predicted this would lower overall tax for everyone while increasing federal tax revenues. While the tax rate is the same for poor and rich alike, the very poor would be subsidized from paying the tax while the rich who naturally spend more money would pay a higher amount of tax. All loopholes eliminated.

It’s not perfect, but ask yourself, is it better than our current system? I strongly argue it’s much better.